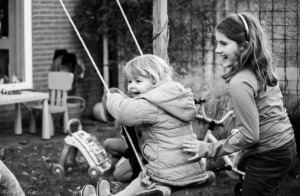 Theses are definitely my favourite. There is something to be said for the carefully thought-out, perfectly-posed family photo, or the fun group selfie-stick selfie when you book a Dayton party bus company, but there really is something special about a candid shot. In fact, I think there’s a lot to be said about it. Which is why I’ve decided to write a post about it. The candid is all about capturing the moment as it is; it’s the moment you open that perfect present; it’s your face right after you’ve swallowed that shot of tequila; it’s you shaking hands with your professor as you walk across the stage, so caught up in the moment that you’re not even thinking about your dad’s camera.

This all sounds very corny. But it’s true, isn’t it? Most of my favourite pictures in old photo albums are the candid ones, because I feel that they, more than any staged photographs, are a real snapshot into the past. Anyone at any time can sit and pose for a photo. From the beginning of photography, people have been taking still portraits. You know the ones, in which no one is really smiling, because they had to sit so stock still for such a period of time, that is was pretty unreasonable to expect them to maintain a smile. But now! We have the ability to capture actual, real moments.

I was looking through my boyfriend’s family’s old photo albums the other day, and there were some pictures of his mom and his older sister, and those pictures were absolutely my favourite. His sister’s face was pure joy, and you could see the unconditional love etched on his mother’s. And that’s something a staged picture can’t really capture. Someone is always standing behind the camera saying “smile!” and even if you are enjoying yourself, even if you are really happy at that moment, if someone has to tell you when to smile, are you really capturing a true moment?

And on a less sentimental note, think about the number of hilariously embarrassing facial expressions that have been captured thanks to the candid photo! When you take a picture of someone who is not expecting to have their picture taken, who’s to say what kind of hilarious, derpy treasures you’ll capture. One of my favourite series of candids were taken after my friends and I finished our Masters degree, and we all sat in the common room of our department building and shot tequila. (I know, with the tequila again … maybe I have a problem … whatever.) Anyway, so as everyone was taking their celebratory shot, I took a picture. Seeing the looks on their faces, how they each reacted, and how the rest of the group reacted to their reaction, was priceless, and something you couldn’t plan.

In the end, as I’ve said, it’s the natural element of the candid photo that I enjoy. I think people look the best, the most like themselves, when they’re not trying to be “beautiful.” Because posing for the camera is just that: it’s posing. I’d much rather see people as they really are.